Find out more about the Challenger and Futures tennis tournaments that are held in Australia. And please leave a comment if you’d like to read about them more often. 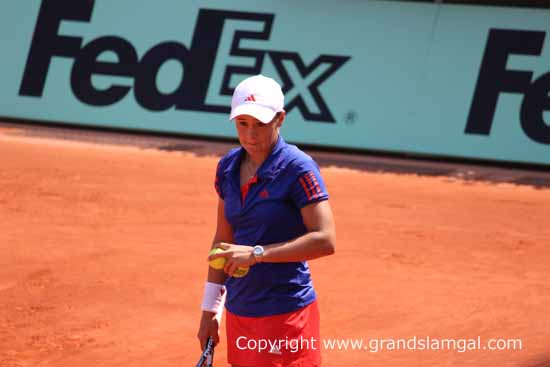 There are many layers in professional tennis, but some are appreciated more than others.

Even the casual tennis fan is aware of the pointy end of the sport – the grand slams – but is not so in-the-know when it comes to the journey there or that there is a world outside the top 100.

Some players spend only a brief time plying their trade on the Challenger or Futures circuits, whereas others either grind at that level for much of their career or for its entirety.

But every player, including modern greats Roger Federer, Rafael Nadal and Novak Djokovic, has had to negotiate the many steps to the top of the tennis ladder.

What are Challenger Tournaments and Futures Events?

Challenger tournaments are the level immediately underneath the ‘main’ tour and Futures events are another rung lower again.

There are, naturally, more ranking points available in Challengers than Futures.

Futures events are considered the ‘entry level’, with unranked players often able to gain a spot in the qualifying draw for the chance to make it through to the main draw.

There is a significant reason for the lack of awareness for the secondary, less-glamorous tours: a lack of media coverage.

There are other explanations, but media plays a pivotal role in public consciousness.

The Australian media’s interest in tennis spikes for a bit more than a month, from late December to the end of January, when the international tennis circus rolls into town for the Australian Open and its lead-up events.

Most players scamper overseas once their commitments are complete and the media’s focus turns to other sports.

Not everyone leaves, though, particularly the young or middle-tier Australians still finding their way.

Australian Pro Tour tournaments kick off at Burnie in Tasmania

Burnie, in Tasmania, hosts a quality Challenger tournament involving Australian and international players each year about the time of the Australian Open finishing.

The tournament kicks off the Australian Pro Tour, which has this season already ventured to South Australia, Victoria, Queensland and NSW.

The most-recent Australian Pro Tour event was the City of Ipswich Tennis International in late March and the tour resumes in Toowoomba on September 7 and continues until the end of October in Bendigo.

Many of those same players, including John Millman, Nick Kyrgios and James Duckworth, will compete or already are competing overseas in the meantime.

Those names jump out at you, don’t they? These guys don’t go into hibernation once the Australian tennis summer ends.

World junior No. 1 Kyrgios is on a fast track to success, but Millman and Duckworth, who have competed at grand slam level, have had to wait longer.

Rising Queensland star Ash Barty cut her teeth on the Australian Pro Tour as well, while Olivia Rogowska, Storm Sanders and Viktorija Rajicic are regulars on the women’s side as they, too, chase their tennis dreams. Tennis Australia’s website is the only organisation which reports regularly on the Australian Pro Tour – obviously, with a vested interest in it – but, even then, it is usually only a review of the final and a few scores along the way.

I want to change that. I have worked at both weekly and daily newspapers as a sports journalist for more than seven years and have a major tennis passion.

I am in the planning stage of starting a tennis-devoted website and will travel to all, or at least most, of these tournaments from October on.

I will provide meaningful coverage on my website on a daily basis – previews, reviews and features – and offer other intangibles, such as player profiles, polls, live scores and a tennis forum.

I want to help fellow tennis fans learn more about the game’s underground and not just what everyone can see at the top.

It might even help you appreciate the journey professional players undertake in their goal of achieving grand slam glory.

This is a project of mine and I am aware of the risk I am taking in tackling such a niche market, which is why I need your support.

Does a website like this interest you? Would you visit it more than once a week? How would you want the information displayed? What do you want to read?

Please leave a comment below and let us know, or feel free to send an email to Marc with your questions or ideas.