The AAMI Classic Fan Day was held on 7 January 2013. Check out some pics of the players at the event. Verdasco getting a pic with a fan Grigor “so what do I do?” Lleyton “just write your name” Lleyton with a cute kid 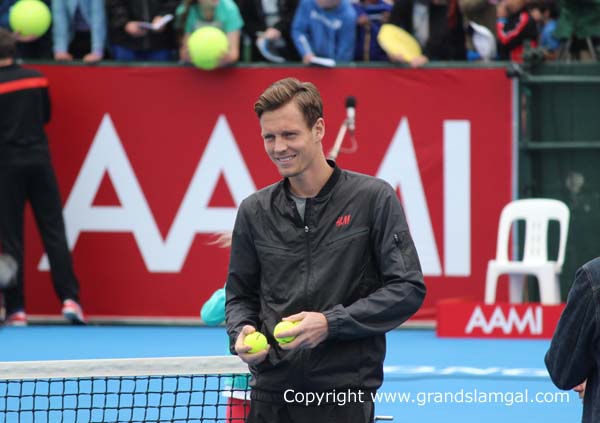 Tomas having a bit with the kids Look at the guys in the background in the two pics below, I love how Verdasco and Dimitrov are laughing!